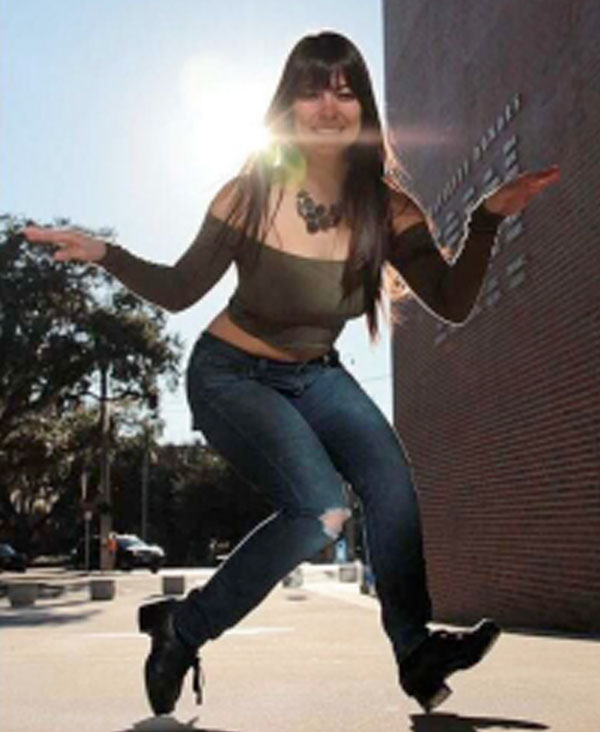 Nicole Bateman has been dancing since the age of three, including the styles of tap, jazz, ballet, and hip-hop. Tap remains her absolute passion. Born and raised in Miami, Florida, she has competed regionally and nationally since the age of nine, winning numerous awards for entertainment, rhythm, and more.

She has been trained in many genres of tap under the instruction of masters such as “The Shuffle Man” himself- Mike Minery. She has also participated in many workshops led by tap dance masters such as Ayodele Casel, Derick Grant, Diane Walker, Barbara Duffy, and Brenda Bufalino, just to name a few.Nicole has been a dance instructor since 2008 and a tap teacher and tap choreographer since 2012. Her choreography has been recognized regionally and nationally, winning awards for “Best Choreography”, “Entertainment”, “Performance” and several first overall placement awards. She focuses on teaching proper technique, versatility, creativity, rhythm, and discipline. From 2011-2014, she was a member of Stomp the Swamp- a rhythm and tap group at the University of Florida focused on bringing light to the community through their passion for tap dancing. In 2014, she was their head choreographer, where her choreography competed in the University of Florida’s Soulfest and Talent Night, earning them a spot to open for acts such as Ludacris and Foster the People in UF’s Gator Growl. In addition to working in marketing and advertising, she is the tap director for a studio in her hometown. She also promotes the art/sport of dance as a Regional Manager for Believe National Talent Competition. Every summer, she has the pleasure of choreographing tap for Independance Studio’s competitive team, which she holds a special place for in her heart.